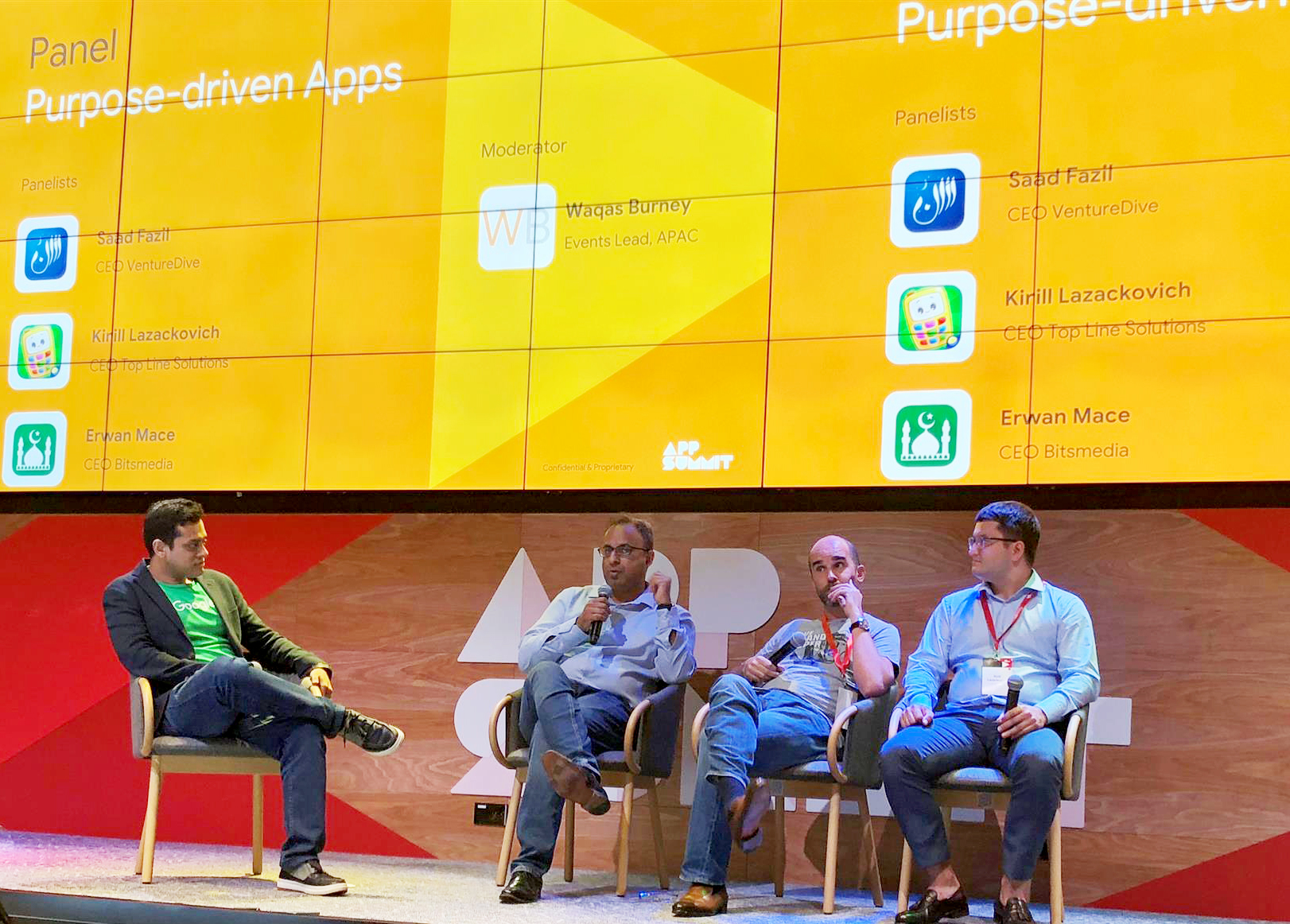 VentureDive’s application, Athan, made global waves after it got featured as one of the fastest growing applications in the Asia Pacific region at the Google App Summit’18, held in Singapore. Athanwas the only ‘made in Pakistan’ app to feature at the event. Representing Athan at the summit, VentureDive’s Managing Director Saad Fazil and Senior Product Manager Ali Raza made a memorable footprint for the country by being the only Pakistanis at the invite-only event.

As part of the speakers’ panel, Saad Fazil delved into the story of Athan and the meticulous efforts that went into its launch, highlighting its vision and objectives. Speaking of his participation at the Google App Summit, Saad expressed a sense of achievement on behalf of the team behind Athan for reaching yet another milestone.

Commenting on the significant occasion, Saad Fazil, MD and Co-founder said, “As is the case with all products and services associated with VentureDive, our aim is to reach larger communities with a tech-based solution for their daily routines in order to make life easier for them. It is heartening for us to see that we are achieving that with Athan.”

“While the impact of an app like Athan cannot be felt in full force in the Muslim-majority countries where calls for prayers are made five times a day and the general culture of the place makes it easier to adjust routines during times such as Ramadan, it is the non-Muslim majority countries where the inclusive aspect of the app is felt in full force. Many of our users living in the West find Athan useful as it makes it easier for them to follow their religion.”

Adapting to modern advancements in technology and innovation, Athan brings an all-immersive experience for Muslims across the globe; bridging religion with technology for convenience. Developed in 2014, Athan has become the most reliable Islamic application for Muslims all over the world today. Since its inception, the app has helped Muslims in every corner of the globe follow accurate prayer times as per their location and jurisdiction, helped them find the direction of the Qibla from anywhere, and provided heaps of vital information on Islamic principles.

Athan was developed by IslamicFinder.org; the most authentic source of Islamic information available online. The mission behind Athan has been to help Muslims navigate in their daily lives with convenience, regardless of whether they are based in a Muslim-majority country or not. The app is available in 6 major languages and keeps users posted with accurate prayer times of more than 6 million locations worldwide.

While the app started with simply showing prayer times, it has grown ever since in terms of utility; Athan is much more than what it seems. The vision Athan holds is to navigate the Muslims through their personal and social lives. Users can read the Quran with translation in various languages, find the direction of the Qibla from their respective locations, keep track of significant Islamic days and the Hijri calendar itself. It provides a list of various Duas that should be incorporated respectively in an individual’s daily life; acting as a routine guide. Athan alsoprovides a platform for the Muslim community to interact and inform with regards to various aspects; such as on the community forum in the app. Users can nowfind mosques and Halal food offerings nearby, use the date convertor, and enhance their knowledge through the Islamic blog and gallery.

It further initiates to digitize community centers’ network whereby the word sent out becomes more reachable across the whole circle. They can also perform an ‘Ijtamayi Dua’ whereby the feature of Ameen button is given. Apart from all this, a weekly newsletter is sent out to those who desire, and articles are posted on its blog, Iqra, from time to time; making the reading-oriented user-base stay captivated. Athan is the ‘Go to’ app for the Muslim community residing across the globe, offering diverse options, and promises to further provideassistance as it keeps on evolving overtime; all under one roof.

Athan has grown significantly since its inception and continues to do so. The appcan now boast millions of users worldwide. Its recognition hasbeen significant across various regions such as USA, Canada and the UK, over the years; whereby the seeds of islamicfinder.org were initially sown.From providing a clear steer of personal life to connecting the Muslim community as a whole; Athan provides features meant for a Muslim’s everyday convenience, especiallyin locationswhere it may bemore difficult to comply with Islam. Athan’s participation at the App Summit reinforced the impact that organization’s like VentureDive, and the Pakistani tech industry at large, can make on a global scale.