Amid a recent announcement Huawei Technologies has revealed that a smart phone by the global technology giant recorded a history of shipment across the globe. Huawei P8 Lite is a best smart phone device launched in the last year by Huawei Technologies. Huawei P8 Lite marked the best sales in the markets and particularly in the consumer market here in Pakistan, Huawei witnessed hot response for the smart phone. Subsequently, it has also played a part in reaching a record shipment of 10 million in the markets. According to the statistics provided by the technology master, Huawei, it is estimated that almost 16 million customers globally target successfully by Huawei P8 series. 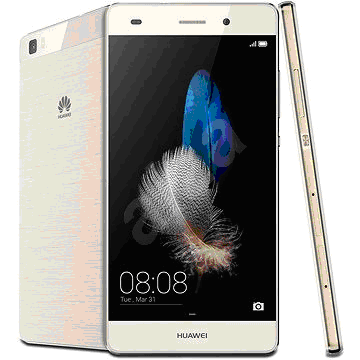 Important point is that with a consistent increasing level of consumer trust and everyday expanding market reach Huawei has outstood the world top technology manufacturers. More than 10 million Huawei P8 Lite smart phone shipments literally depicts that determination of Huawei as well as the customer satisfaction Huawei has provided to the brand lovers successfully.

Huawei P8 Lite has a supremely perfect and elegant design that is further blended with strong performance and smooth craftiness in appearance. This has lead Huawei made products globally popular, in fact only Huawei P8 Lite is 60% in popularity level in the overseas markets. Exciting information that was revealed in the statistics by the Huawei is that Huawei P8 Lite has proven to be the fastest reaching smart phone product in the market. To consolidate the laid conception it is vital to state that Huawei P8 Lite has crossed the 1 million shipments within just two months of its launch in China; however, on the 30th January of the New year (2016) the number hit the 10 million unit shipment globally.

Similarly, in the current year Huawei has launched it best and all new flagship smart phone, Huawei Mat8, which is believed to invade the markets with an even better impression. So far the Pakistani market has responded greatly to the new smart phone and it is expected that Huawei mate 8 will set new records of best sales in Pakistan.

Huawei’s strategy to address the wide segments of consumer markets, high technology product manufacturing, comparatively attractive price against the qualitatively superior products and above all the commitment to bring advanced technology readily available.