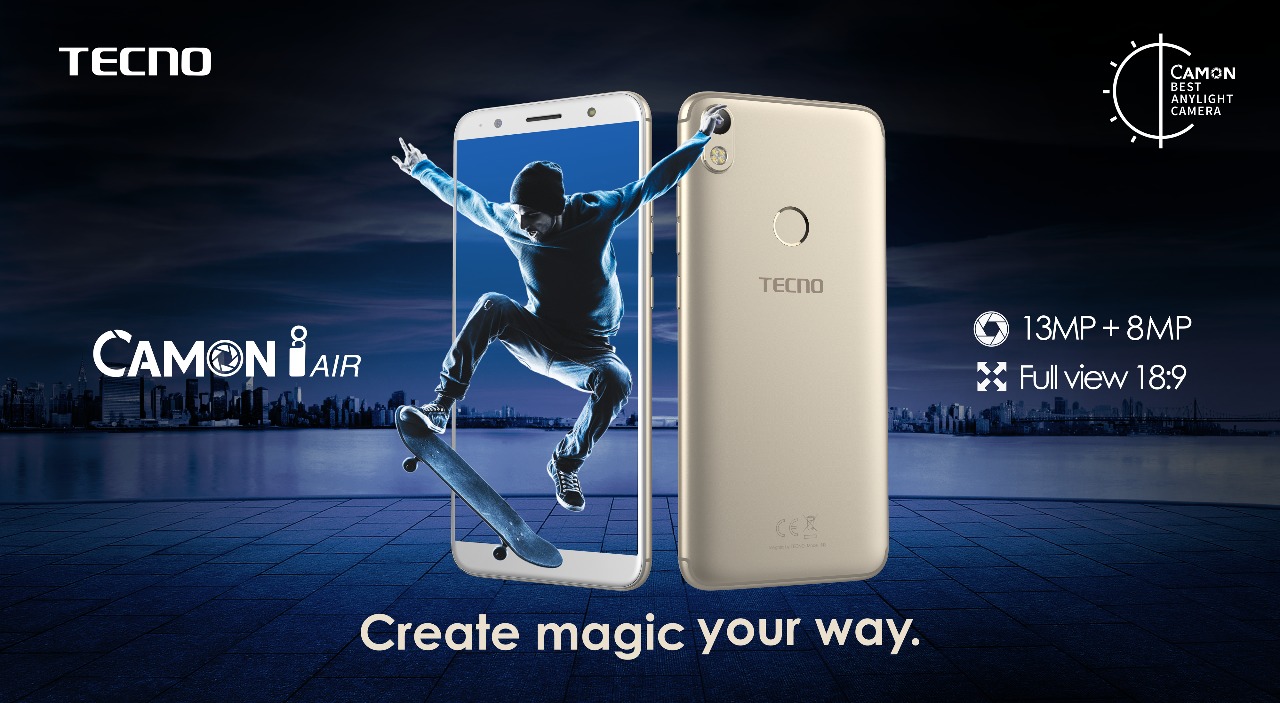 It has been the objective and mission of TECNO Mobile, a rapidly emerging brand in Pakistan, from the very beginning to apply the slogan of “Think Globally, Act locally” according to the needs of variant users spread across the country. Along with boosting its devices with state of the art technology TECNO Mobile has earned its fame for launching camera-centric devices that glorify the most striking supporting top-of-the-market features. TECNO’s new gem to its crown, launching under the flagship series of Camon, Camon i Air is all ready to take the stage on 25th April in a price range of Rs 17,000 to 18,000.

Improvisation drives the core philosophy of TECNO when it comes to the smart phones launched by TECNO till now. It is after successful launch of Camon i recently that TECNO Mobile is once again flexing its muscles to introduce another revolutionary selfie centric smartphone, Camon i Air. With this smart phone TECNO Mobile intends to grab hold of a large proportion of youth, social media savvy and avid selfie lovers as this segment of the society is very concerned of their personas on social media platforms.

Camon i Air is offering two very peculiar and unique features that no other company has introduced till now; first being a built-in call recording facility and the second one an outdoor mode that enhances the outdoor sunlight visibility. Camon i Air has a screen to body percentage of 82.1% giving it a full view screen look. Its massive 5.65 “HD screen is protected with a 2.5D Gorilla Glass that gives it a vibrant premium look besides fitting in the hand easily.

Other excitements added in the pocket of Camon i Air include its multifunctional fingerprint scanner at the back to make it easy for the users to lock and unlock their device, a high performance MediaTek MT 6739 with Android 7.0 Naught. Camon i Air comes with a 2 GB RAM and 16 GB internal memory and all-in-one triple slot for the sim and SD card.

The Camon i Air has a super 3050 mAh Lithium Polymer battery that is designed to bear the brunt of extra charging thus ridding user of the fear of exploding batteries. With all these amazing features and additions, Camon i Air is still slimmer and easy to carry and handle.