Legendary boxer, Amir “King” Khan, and top cricketer, Shahid Afridi, will be starring together in Warid’s upcoming TVC which was being shot in a local studio in Karachi recently. Both sportsmen are known for their extraordinary prowess and exceptional performance in their respective sports. Shahid Afridi, as an existing Warid Brand Ambassador, has also appeared in Warid’s LTE launch TVC in Pakistan. 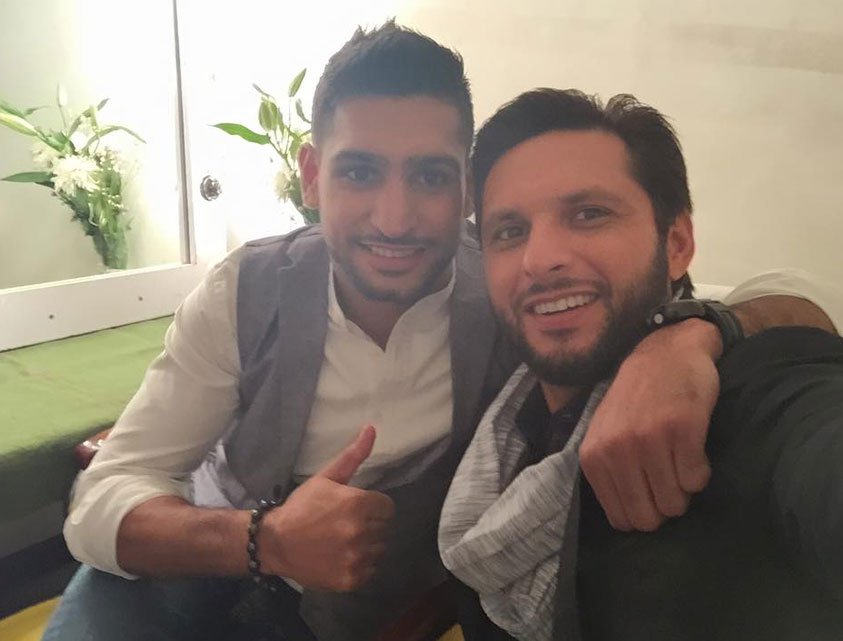 It’s interesting to see that Warid has brought another sports superstar on board, and both Shahid and Amir, will soon be appearing together on television for the first time in Warid’s new commercial.

Amir Khan, a UK based Pakistani and world champion in boxing, is on a visit to Pakistan with his wife. He recently inaugurated Pakistan’s new “Amir Khan Boxing Academy”, a project he collaborated on with the Pakistan Sports Board. The academy will train young professional boxers and coaches and Amir Khan himself will be providing both equipment and his expertise for this endeavor. It is a great initiative and will provide young enthusiasts with a proper place to learn boxing and develop their skills to compete on an international level. During his visit to Karachi this week, Amir Khan also visited philanthropist Abdul Sattar Edhi, who is hospitalized.

Shahid Afridi, who welcomed his friend Amir Khan to Karachi, has also visited several places with the Olympic silver-medalist. Shahid has also made great contributions towards society through his charitable and welfare work. Recently, he is nominated for being one of the top sportsmen in the country who donates a significant portion of their income for social welfare. Being an avid community worker, he has established ‘Shahid Afridi Foundation’, which aims to support public health, children’s development and education while providing general community support.

This dynamic duo is the new face of Warid, let’s see how these two perform in Warid’s TV Commercial.

Local and International News on Amir’s visit to Pakistan.