K-Electric welcomed one of its stars back to its Head Office on Friday to award him for his brave and remarkable performance in the ICC World Cup 2015. Pakistan’s wicketkeeper batsman Sarfaraz Ahmed met with the KE Leadership, where he was awarded PKR 100,000 by the CEO of K-Electric, TayyabTareen and Chief of Staff to the CEO, Usama Qureshi. 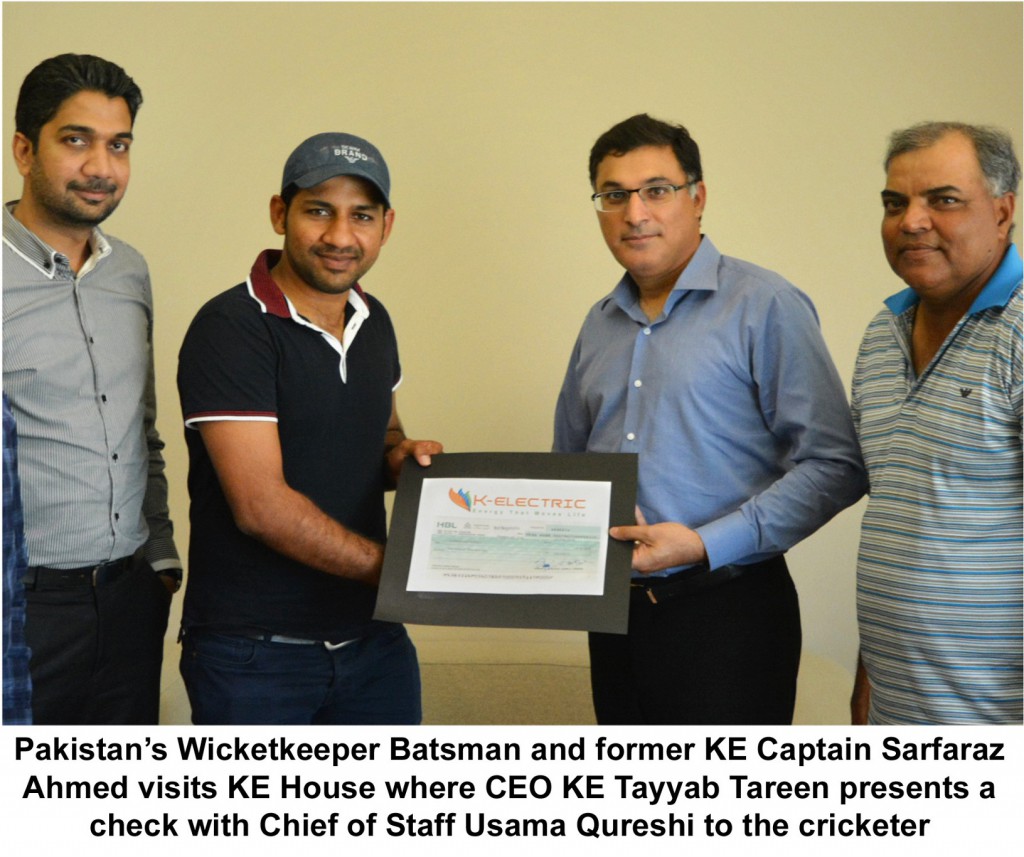 Sarfaraz Ahmed has also served KE as its captain and his commitment and talent was lauded since then. According to KE Spokesman, “Sarfaraz is a star performer and we wish him the best of luck in years to come. This Check is a small token of our appreciation and we wish to see Sarfaraz and others perform for Pakistan to take cricket to new heights”.

On this occasion Sarfaraz Ahmed said, “I am thankful to K-Electric for this token of appreciation. KE has been an integral part of me as I have represented them from a very young age. KE is a family and I would love to continue my relations with the company”.

Providing details KE’s press statement said that the company has always promoted sports in the country and has produced some cricketing greats for Pakistan. Players like Shahid Afridi, Younis Khan, Asad Shafiq, Sarfaraz Ahmed and Anwar Ali had been scouted by the coaches of K-Electric where they played, performed and lit the cricketing world up by making their name for the Pakistan cricket team.