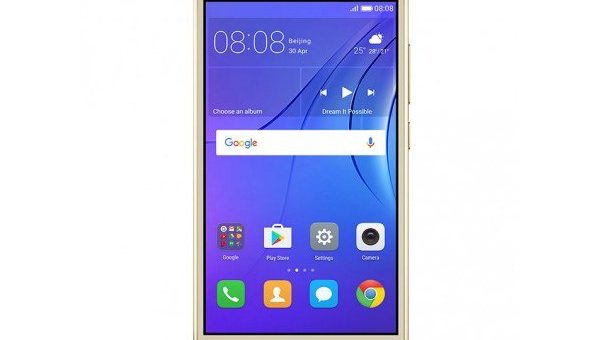 Smart phones have become a necessity these days as they are capable to making our lives easier in many ways. When we talk about smart phones we may come across a number of different brands which tend to prevail for purchase. However, the best are the ones that provide you the most ease and among them the top selling 5 smart phones in Pakistan for the year 2018 are discussed here.

Infinix has been making several moves in the market of mobile phones and brings about new and improved features every now and then, when we talk about the latest and the top selling innovation of Infinix the Smart 2 HD is the one that grabs the attention of a person like anything. This Smartphone has been one of the first choice available in a reasonable price of Rs. 12699/- and the features offered are commendable. This phone has been made enriched with the Android 8.1 operating system and features quad core 1.3 GHz CPU. The display of this smart phone is pretty much appealing and tends to capture the screen of 6 inches followed by HD and IPS technology to be featured; this Smartphone has been made enriched with the 20×1440 pixels which give a great experience.

On the other hand the value adding features like finger print scanner, face ID, Wi-Fi, Hotspot, Bluetooth and much more awaits. The camera of this smart phone offers 8 MP at the front as well as at the back.

Tecno Pop 1 Pro is another exciting choice of all time to be captured and used with a great deal offering to be sold for Rs. 11,999/- which is an extremely affordable price to go for. The phone allows using dual SIM and offer the operating system v7.0 Nougat followed by a CPU of quad core 1.3 GHz. This Smartphone is an exclusive Smartphone featuring the best screen display and outclass image capturing with the 13MP at the rear and 5MP at the front of it. This smart phone is one such phone that gives all the endless features and keeps you connected with the Wi-Fi, Bluetooth and its 3G. This Smartphone offers being used with the RAM of 1GB and a ROM of 16GB. This smart phone comes with 5.5 inches of display featuring the Ips LCD.

Huawei is known as one of the finest phones trending these days with great specs and relatively low selling prices. This Smartphone model even is for just Rs. 16,499/- and tends to attract the attention of a person like anything. This Smartphone is rich with countless features like its micro dual SIM and android v8.1 Oreo operating system featuring 1.5 GHz quad core CPU. The RAM of this phone is 1GB whereas the ROM is 16GB so the space is a good thing in this phone. On the other hand, the result of the camera featured by Huawei is also pretty much attractive and these could be achieved in this phone too with its back camera 8MP and front camera 5MP. The phone is a basic styled phone so you won’t find the extravagant features like fingerprint and face detection but overall it is one of the finest phones trending to make the top most sales.

Nokia is the oldest player on the world of Smart phones and has been floating some real good pieces in the market. This smart phone is enriched with the classic appearance and style and tends to be the most functional choice of all times, it has been offering the 4G connectivity and offers the operating system of Android v8.1 Oreo backed by a CPU of 1.4 GHz quad core Snapdragon. The screen size of the smart phone applies being 5.5 inches and the display amounts being Ips LCD. The camera of this mobile is also very well to do and offers a rear view of 8 MP and front view of 5MP to be featured. This phone can easily be bought in a very affordable price of just Rs. 14,999/-

QMobile has been in the league of providing the smart phones that turn out to be reasonable from the past many years and has been doing really well. However, when it comes to taking a look at this model we may first take a look at the price it has been charging which is very much light on the pockets amounting to be Rs. 12,999/- however when it comes to taking a look at the features we may find it being packed with the connectivity of 3G and the android being v7.0 Nougat. This smart phone also has been offering the display of 5.2 inches and the display amounts being 720×1280 pixels. The camera of this phone offers to be featured with the front camera of 5MP and the rear camera being 8MP. This mobile phone offers dynamic features at all times in a significant manner at all times.