Changan Alsvin, Something New Coming Up! 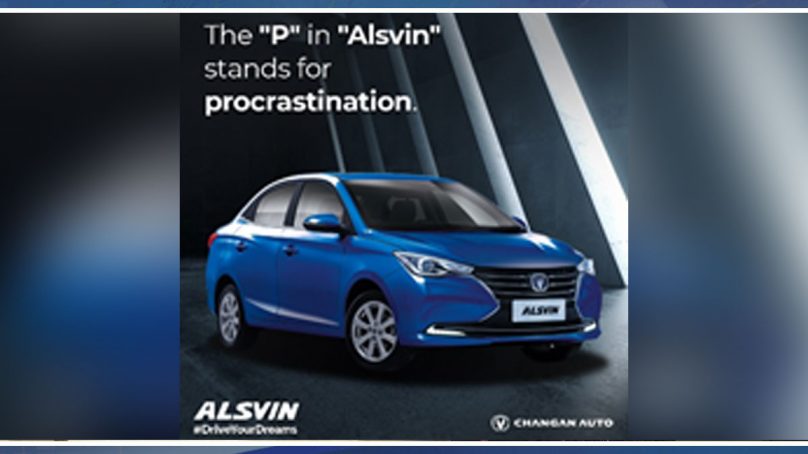 Since its inception, Master Changan has continued to rock the boat in Pakistan’s automotive world. Most recently, the brand shared a notice boldly announcing it is coming up with a ‘video representation of a mindset’. We’re all now guessing could it be?

Just as they did with their Future Forward, Forever theme and the debut video for the Changan Alsvin, Changan is once again keeping consumers on their toes! This time around, the unique and creative auto brand has been teasing iconoclastic on their social media, with posts that seem to challenge the status quo! Let’s have a look.

MG Motors recently worked with Mahira Khan, and Proton with Shahid Afridi; clearly, these brands are going the old route of working with ‘token celebrities’ in order to attract consumers to their products. A bit clichéd and old-fashioned, no? From these posts, it’s clear that Changan is poking fun at some of its competitors, who rely on celebrities to promote their ad campaigns.

And it doesn’t stop there! The second post caught our attention, as it clearly seems directed at Honda lovers out there. While the entire world is enjoying the latest generation of the Honda City, it seems that Pakistani Honda lovers must compromise with the older gen cars. The ‘Conform’ post was a bit hard to get, but it could, could be hitting at the Toyota Yaris, as many people seem satisfied with choosing a routine car or the safest option. That said, Yaris definitely is a leading product and it may hard for the Changan Alsvin to beat that competition. The post about ‘featureless cars’ is an obvious dig at all cars – older or even the latest generation – as the Changan Alsvin is packed with all kinds of features in an extremely accessible price bracket.

The above post is easy to get! With so many delays, procrastination in the auto industry abounds! There’s no ‘P’ in Alsvin but I think its clear that here the brand is telling consumers to not delay in achieving their dream, and to deliver it completely with the Alsvin!

Lol, could this be Changan cracking a joke at their own expense? It could be, as the auto brand was forced to take a U-turn and revise the prices after the government intervened in their increased prices. However, the caption says: “Took a wrong turn? Made the wrong decision? You can take a U-Turn to a right direction. That’s all we’re going to say.” On closer reading, it seems the caption is referring to those customers who have switched to Honda and Toyota, and Changan asking them to return to home and drive their dreams.😉

While we cant confirm what Changan is up to, it is clear they have something up their sleeve. We’re still waiting for the video representation and will share our feedback once the video is released. But my guess is that they’re up to something BIG again as they have a BAD-GOOD habit of directly taking on the competition.