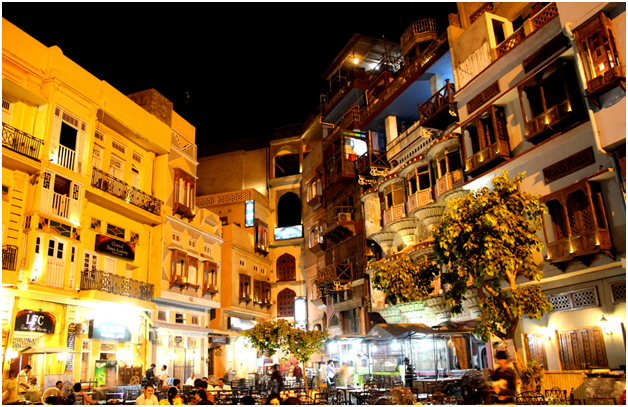 There’s an old saying about food that if you want the real taste of a country, you must try the street food there. It is true that fancy restaurants and eateries are going to pamper you with silver spoons and expensive cuisine but nothing can beat the taste of some good old fashioned street food recipes. In this article, we are compiling the list of top ten Pakistani Streets food that are considered the treasure trove and loved by the foodies of Pakistan. 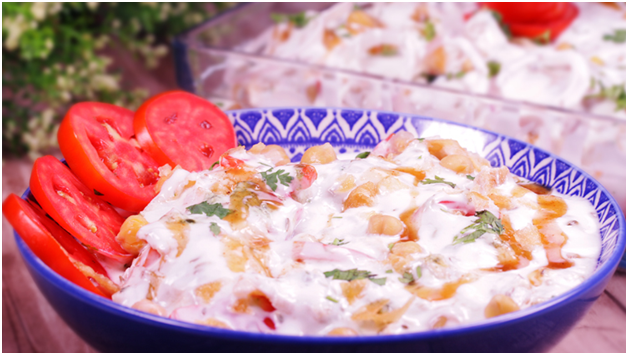 Dahi bhallay is a light yogurt based snack which is popular all over the streets of Pakistan. Also known as dahi barray, this amazing snack is filled with goodies like boiled grams, potatoes and small lumps made of gram flour. It is garnished with mint leaves and sliced onions and is a must try snack for everyone. You can download the sooperchef.pk app for free and check out the delicious dahi bhalla recipe. 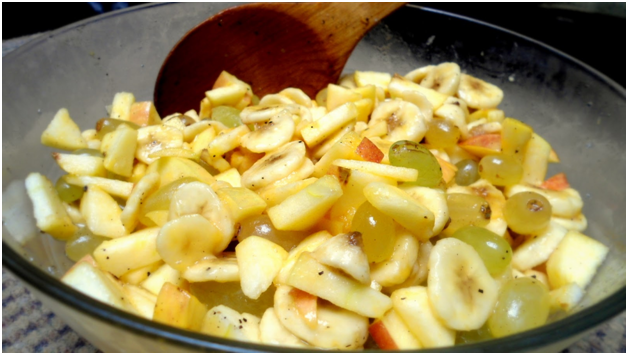 Fruit Chaat is the desi counterpart of the western fruit salad, but it is arguably much more tasty and savory. It is prepared by slicing fruits like apples, bananas, musk melons, pineapples and mangoes and thoroughly mixing them with sugar and a special masala known as the “chaat” masala. Some variants of fruit chaat have cream and grams in them too. This fruity, spicy snack is a common street food in Pakistan and eaten with great delight. 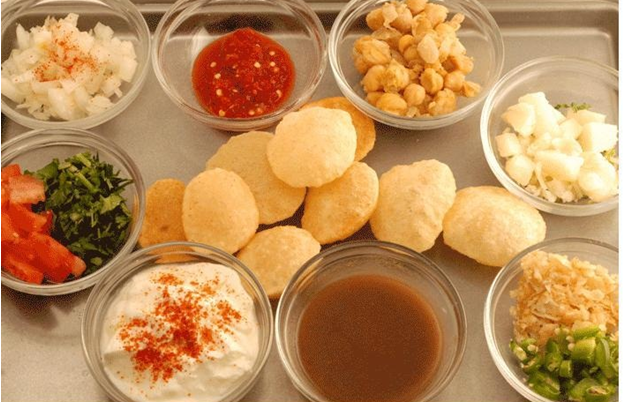 If you haven’t tasted gol gappay yet, then you are missing out big time! This spicy, tasty snack is something that you cannot ignore. The crispy crumbly “papri” or “gol gappa” is a rounded, hollow puri which is filled by stuffing made out of gram flour based phulkis, spiced potatoes, and grams and topped with a tamarind or yogurt chutney. In Pani Puri it is filled with tamarind water and then poured down the hatch. 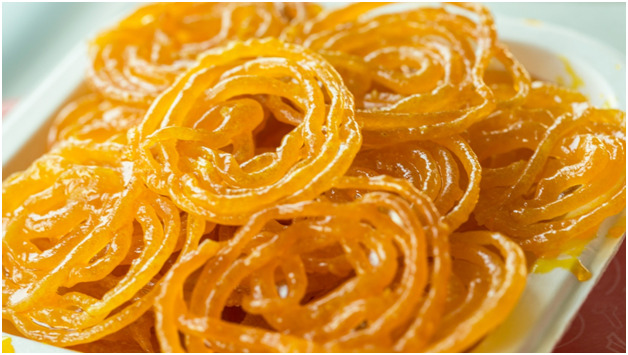 Jalebi is arguably the sweetest and gooey item on our list. It is a pretzel shaped sweet which is made out of deep fried maida flour and then soaked in sugary syrup. Jalebi is served cold and warm but if you want the true taste out of it then devour it when it is hot and crispy. It is sometimes served with rabri and malai which enhances its flavor further. 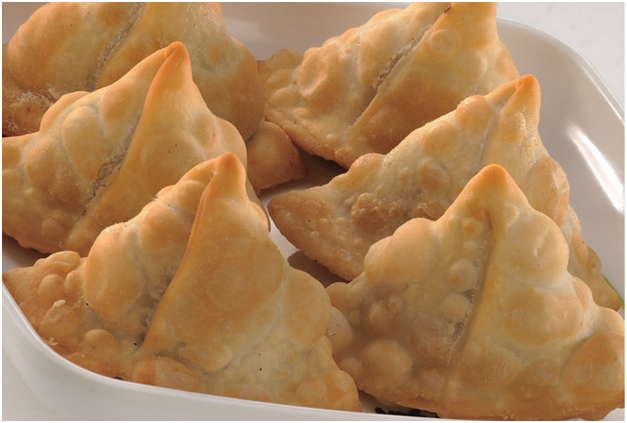 Samosa is the most popular street snack of the whole of the Indian subcontinent and now it is gaining popularity in other territories like Africa and the Arabian Peninsula. Samosa is basically a tortilla like sheet, shaped into a triangle and filled with various ingredients. When filling a samosa, the options are endless like you can stuff it with cheese, minced meat, vegetables, lentils, noodles or anything you like! Samosas are usually served with green chutney and are a common Iftar snack in the month of Ramadan. 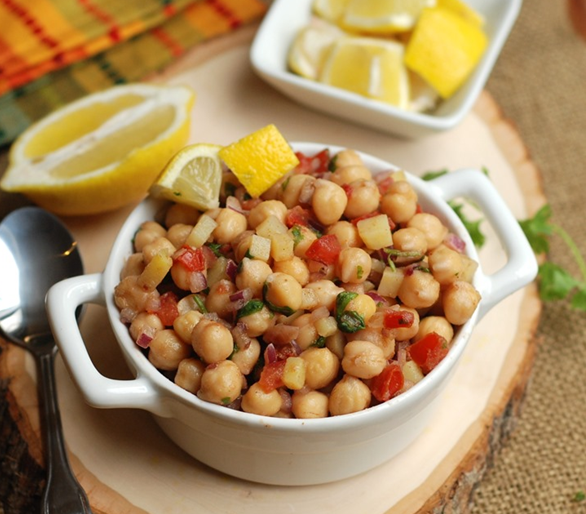 Chana Chaat is a tasty assortment of grams, boiled potatoes that are diced into small pieces, chopped onions and green chilies with lots of masala. This snack is a widely popular in Pakistan and India and is sold on carts mostly as an appetizer or a quick nibble during the rush hours. It is also a popular Iftar snack in the month of Ramadan. 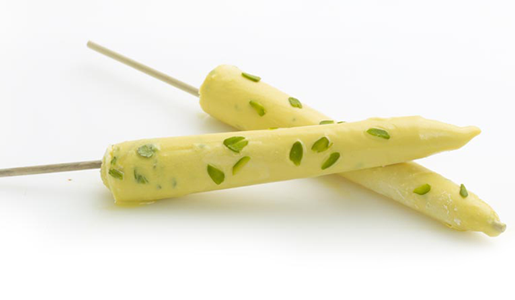 Kulfi is the desi counterpart of the western ice-cream but much creamier and denser. Due to its density and richer cream, kulfi takes a longer time to melt than its western equivalent. Also known as the traditional Indian ice cream, Kulfi is a very popular frozen dairy dessert, eaten all over the Indian subcontinent.  There are many traditional flavors of kulfi like saffron, malai, cardamom, and pistachio. Kulfi is sometimes served with other dishes like falooda too. 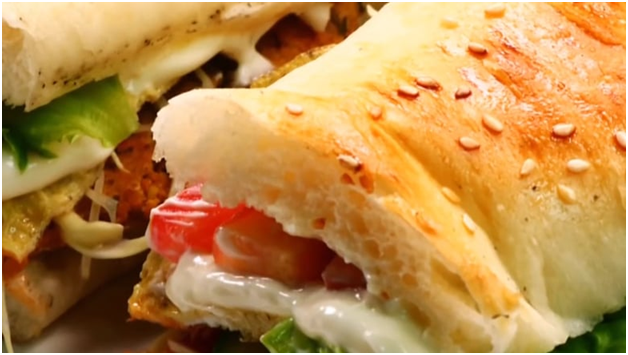 We all know that this list is nothing near completion without the mentioning of the notorious anday wala burger. Sometimes referred to as bun kabab, this sandwich has taken over all of Pakistan by storm. From Karachi to Khyber, you can find stalls and carts selling anday waly burgers to buyers who eat them with great delight. This snack consists of a shallow –fried minced meat patty, onions, and chutney in a bun that looks very similar to a hotdog bun. Along with the minced chicken patty, the sandwich also contains an omelet which gives it its iconic name “anday wala burger”.  Check out the anday wala burger made by sooperchef.pk. 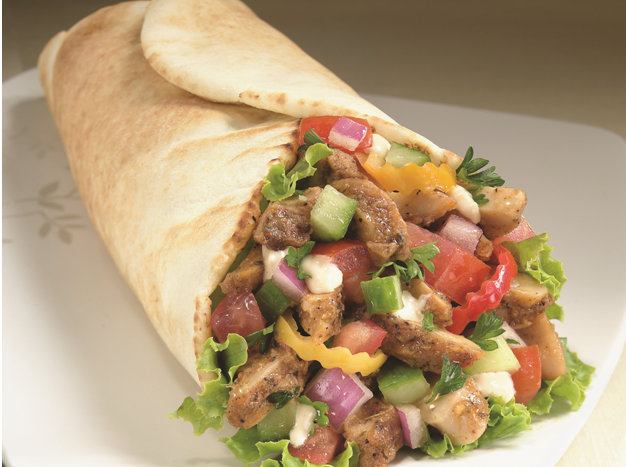 Shwarma is considerably a newer entry on the list which has recently made its way to the streets of Pakistan. It is a Levantine snack which consists of meat which is grilled for almost as long as a day. The meat could be from turkey, camel, beef, chicken or lamb. After grilling the meat on a rotator spit, it is shaved off with a knife and served either in a bun, or thick bread like Taboon bread for example and served with sauce. Sometimes cheese is also added to it, either way, it’s a delight not to be missed wallah!. 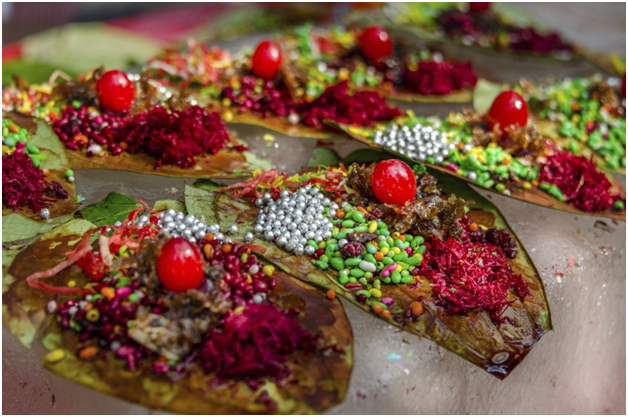 Last but not the least, Pakistan’s post-meal snack is a pretty unique combination of betel leaf and areca nuts. Yes, behold the mighty paan! There are many varieties of the paan which can be made by assorting a number of items that includes tobacco, slaked lime, mukhwas, katha paste, gulqand and supari. The paan is chewed for long and can either be swallowed or spat afterwards and has stimulant and sometimes psychotropic effects